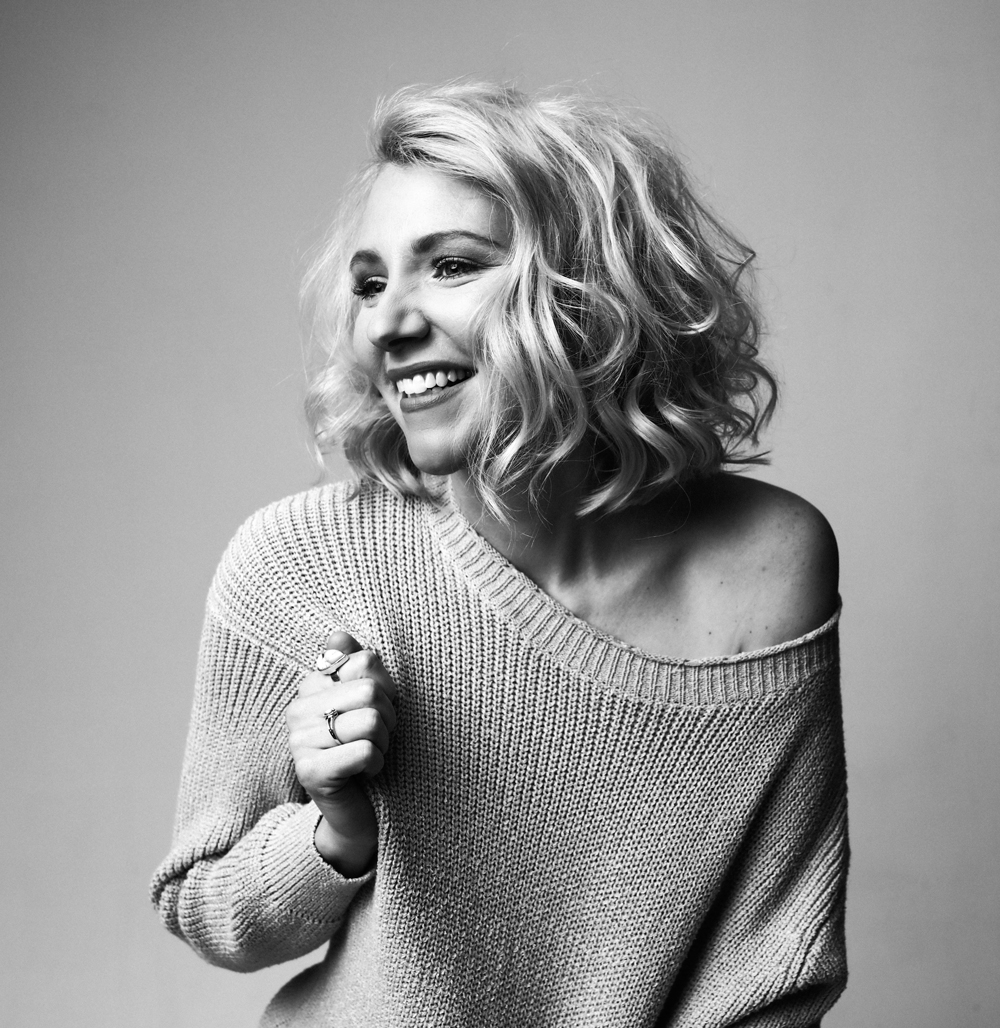 Kristine Kabbes grew up roaming the farm land of Aurora, Indiana. Aurora is a small town along the Ohio river that is 30 miles west of Cincinnati, OH. It is known for its rolling hills, its rural culture and the way it hugs the meandering Ohio river. At a very young age Kristine's parents encouraged her love of both music and a country lifestyle. Like many great singers, Kristine got her start singing hymns in the church choir. Her success as a young child in the church choir prompted her to explore different artistic expressions such as local theatre groups, show choir and musical dramaturgy around the Greater Cincinnati Area. By the time Kristine became a teenager she was the desired performer of the National Anthem at air shows, festivals and other events in the Tri-State area.

Kristine attended Columbia College in Chicago where she studied Music Business and Vocal Performance. While at Columbia she commissioned the band Strange on Display as session players for the recording of her solo album. Kristine was so impressed by the raw talent of the band that she invited them to be her exclusive backing band for live performances. In Strange on Display Kristine found mutual passion and support. She also found her now husband and bass player, Michael Dittmer. Kristine graduated from Columbia with Honors.

When tragedy took the life of Kristine's good friend and drummer she and the band decided to take a short break to grieve and later came together and unified as The Skallywags. The Skallywags quickly became a local favorite. The rising popularity of the band led them to move to Nashville, Tennessee. They fell in love with the town of Nashville and have been based out of the city ever since.

In 2020 they rebranded; transforming The Skallywags into the solo artist, Kristine Kabbes. While Kristine is recognized as a solo artist, she still utilizes The Skallywags as her backup band during live performances. Kristine keeps busy touring, writing and working on various recording projects. She has shared the stage with many artists including The Cadillac Three, Parmalee, Diamond Rio, Casey James, Clint Black, Wynonna Judd, Lorrie Morgan, Collin Raye and Bret Michaels.

When Kristine is not working she spends her time outdoors, hiking with her dog, and spending time with family and close friends. You will always find wine in her refrigerator, boots in her closet and music in her heart.